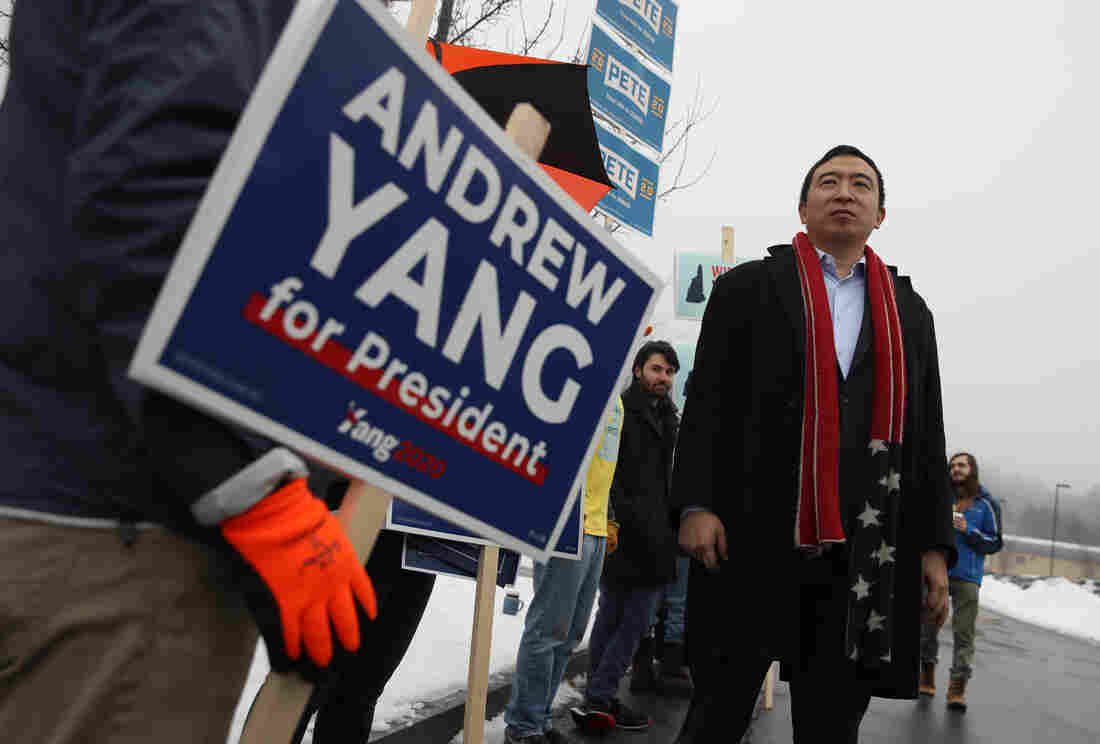 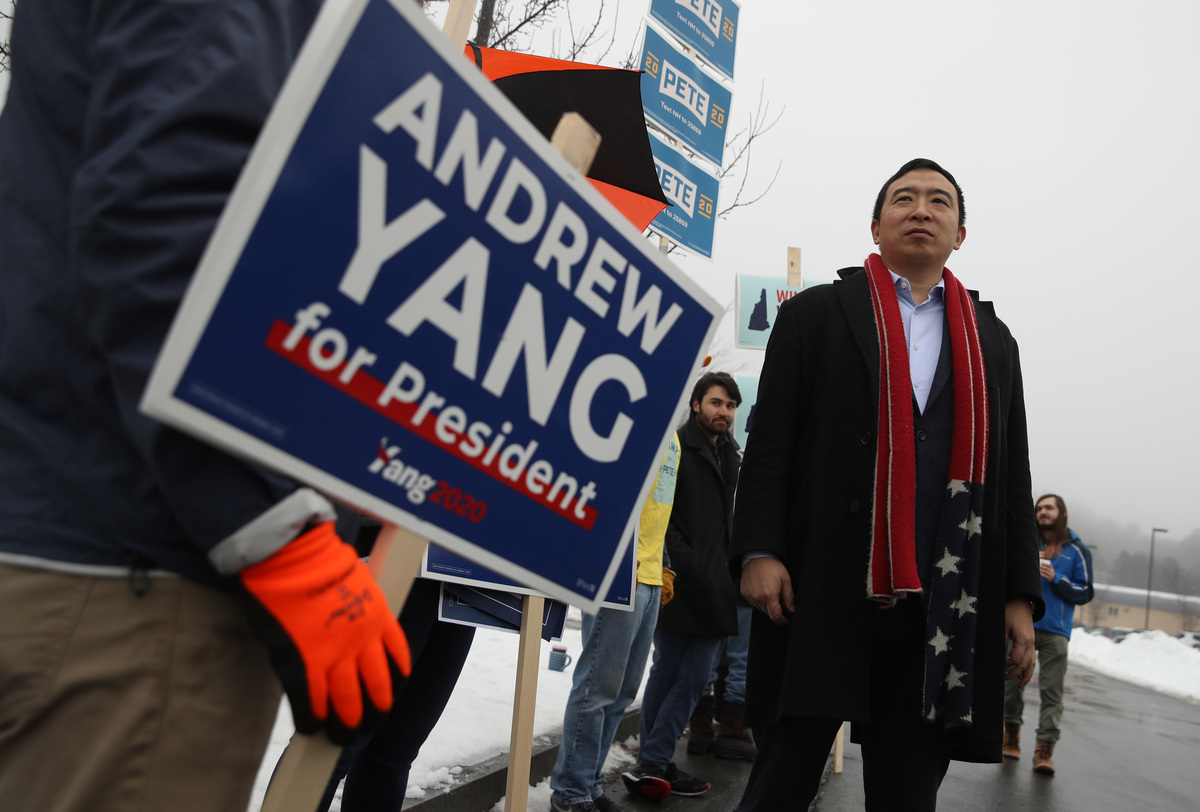 Andrew Yang, a tech entrepreneur who built his campaign around a signature policy proposal — universal basic income — has ended his bid for the presidency.

“We have touched and approved millions of lives and moved this country we love so much in the right direction. And while there is great work left to be done, you know, I am the math guy and it is clear tonight from the numbers that we are not going to win this race,” he told supporters on Tuesday night.

“I am not someone who wants to accept donations and support in a race that we will not win. And so tonight I am announcing I am suspending my campaign for president.”

Over the campaign, Yang rose from relative obscurity and built a loyal following of supporters, known as the “Yang Gang.”

The son of immigrants, Yang founded Venture for America, a nonprofit fellowship program that places recent graduates with startups. Before that, he was the CEO of an education company later bought by Kaplan. That sale made him a millionaire.

As a candidate, Yang drilled down on the dangers of automation to the U.S. economy, making appeals to workers who have lost jobs or felt left behind amid the rise of new technologies. Central to his policy platform, Yang pitched a universal basic income for all adults — a $1,000-a-month stipend he called the “freedom dividend” — as a key solution for many of the country’s most pressing problems.

“This campaign is about taking hold of our government that has now just been completely overrun by the corporate money and return it to us — and then rewrite the rules of the 21st century economy to work for you, to work for your families, to work for communities,” he told the crowd at a recent event in Iowa. 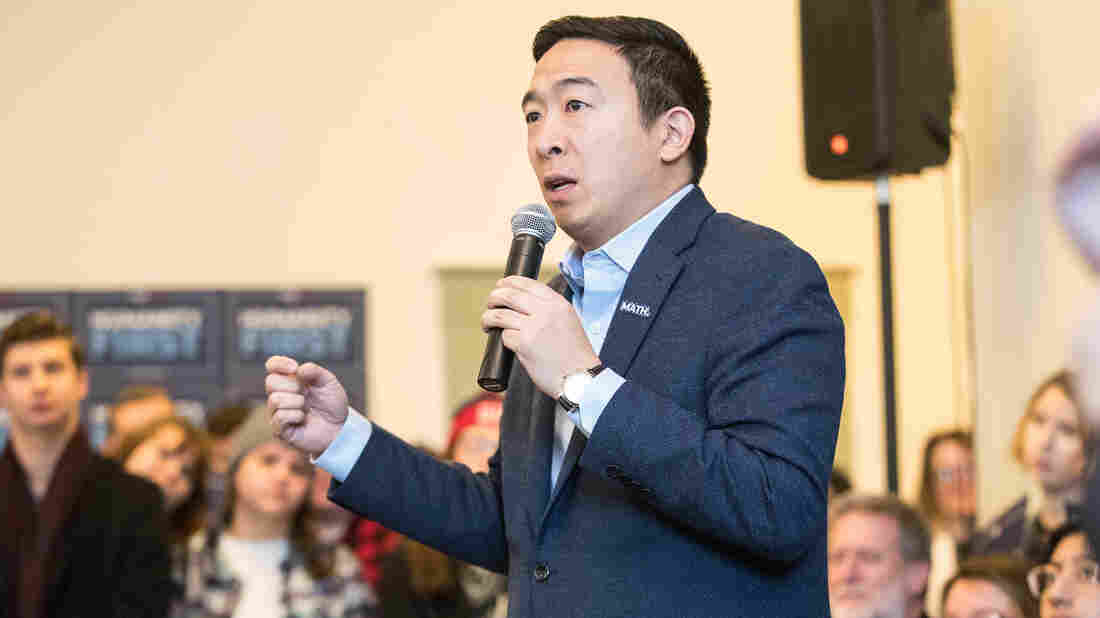 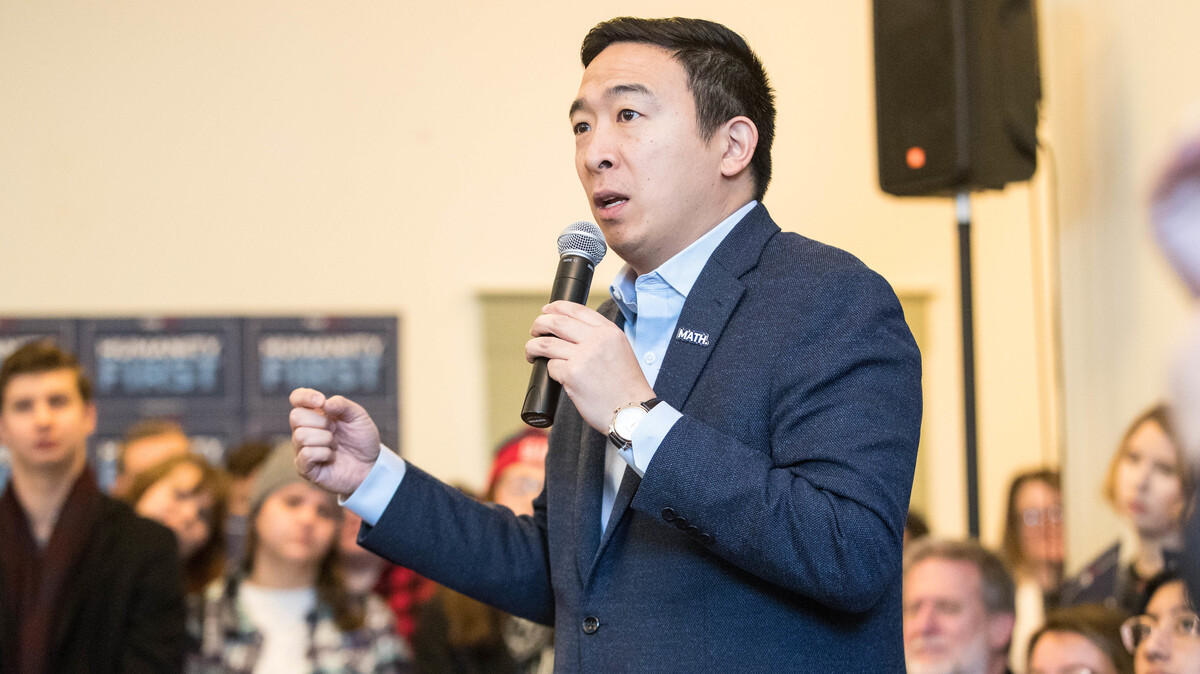 Yang became known for reeling off data points about the economy at campaign events and on the debate stage, often wearing a button with “MATH” in all capital letters, or “Make America Think Harder.” Recently, he said he’d be the first president to use a PowerPoint deck when delivering the State of the Union.

By December, Yang was the only candidate of color to qualify for that month’s Democratic debate.

“It’s both an honor and disappointment to be the lone candidate of color on the stage tonight. The question is, why am I the lone candidate of color on this stage? Fewer than 5% of Americans donate to political campaigns,” he said, pivoting to his universal basic income proposal. “You know what you need to donate to political campaigns? Disposable income.”