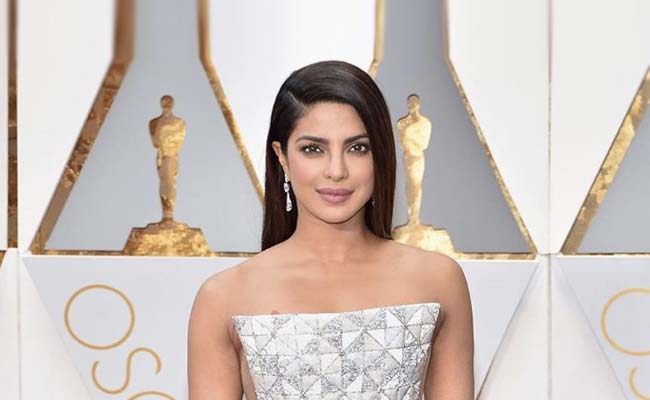 Priyanka Chopra might not have made it to the Oscars this year, but she is surely excited and that clearly reflects on her social media posts. The 37-year-old actress shared a tweet on Monday morning, where she stated that she couldn’t make it to Hollywood’s big night and she asked her fans to share who they are rooting for. “Couldn’t make it to the Oscars this year but I’ll be watching with you! Let me know who you’re rooting for.” She added the hashtag #PCOscarParty. Priyanka Chopra, who made two head-turning appearances on the Oscars red carpet, shared throwback pictures of her looks and asked her fans to pick their favourite ones.

Couldn’t make it to the #Oscars this year but I’ll be watching with you! Lemme know who you’re rooting for! #PCOscarParty

The Sky Is Pink actress made two back-to-back appearances in 2016 and the following year. In 2017, the actress Priyanka Chopra opted for a strapless silver Ralph and Russo ensemble. In 2016, Priyanka’s white Zuhair Murad gown was the seventh most-searched Oscar dress. On Instagram, Priyanka Chopra wrote: “A little throwback to my Oscars looks. Which one was your favorite? Oscars 2020. Check them out:

Priyanka Chopra might not be present at the Oscars this year but she surely gave us two super stylish looks at this year’s Golden Globes and Grammys. The actress’ plus one for both the award shows was her singer-husband Nick Jonas.

The actress has a busy schedule with back to back releases. Priyanka will next be seen in Netflix’s adaptation of The White Tiger, co-starring Rajkummar Rao. She also has the superhero film We Can Be Heroes and a film with comedian Mindy Kaling in the pipeline. She also has Amazon’s web-series Citadel. The actress also announced the “sangeet project” with Amazon Prime.